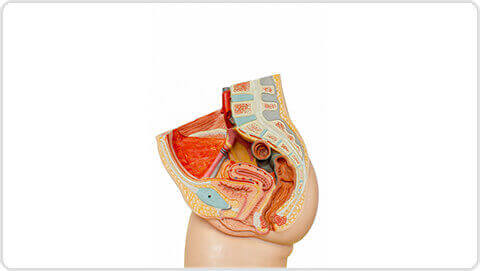 The past decade has witnessed a major change in diagnosis and early detection of gynaecological cancers. Advancement in technology has helped redefine management strategies.

The common gynaecological cancers are cervical, ovarian, endometrial (uterine body) and cancer of the fallopian tube (occasionally) excluding carcinoma of the female breast.

Gynaecological cancers have increased in India and soon it may constitute about 30% of the total cancers among women.

Having any of these symptoms does not mean it is cancer, but if one or more of them is noticed for more than two weeks then a doctor must be seen and an immediate health screening is a must.

The cervix (mouth of the uterus) can be examined by the Pap smear test. It is a simple test performed by the gynaecologist to detect early pre-cancer changes in the cervix. Women with suspicious changes are offered colposcopy (visualization of the cervix under magnification) to help identify and biopsy the exact site for possible pre-cancer changes. Identification and treatment at this stage will help prevent cervical cancer that may develop 10 to 20 years later. The Human Papilloma Virus vaccine plays a major role in the reduction of cases of cervical cancer.

Ovarian cancer has eluded early diagnosis in both developed and developing countries alike. More than two thirds are still detected in Stage III and the mortality is high. A multi modal approach a family history, ultrasound scan and tumour markers, especially CA 125, will help identify women at risk.

Women at risk of Cancer of the uterine body endometrial cancer should be offered a trans-vaginal ultrasound every 6 months after menopause. This will recognize an increase in the endometrial thickness even in women without symptoms. A biopsy can then be performed to confirm the diagnosis.