The State of the Art “Da Vinci Si Robotic system” which is the cutting edge technology in Robotic Laparoscopic surgery, is being launched at Apollo Hospitals Chennai. As a part of the grand inauguration of the Institute of Robotic Surgery, a 2 day interactive workshop has been organized by Apollo Hospitals, Chennai.

Dr.Mani Menon, World Renowned Urologist and Robotic Surgeon will be visiting Apollo Hospitals Chennai on Nov 18 and 19, 2011. Dr Mani Menon will be performing live surgeries on selected patients and also conduct a CME programme during these 2 days.

Surgeons who would like to participate in the workshop and CME can mail at roboticsurgerycni@apollohospitals.com. We will try our best to accommodate you in view of the huge response we have got so far.

Dr. Mani Menon, M.D., is a pioneer in robotic surgery and one of the foremost urologists in the United States. His robotic surgery innovations have made robotic prostatectomy the surgical standard of care for prostate cancer. Dr. Menon also developed the first catheter-free approach. 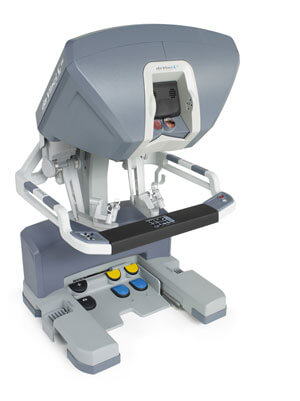 He joined the Henry Ford Hospital in 1997 to invigorate its prostate cancer program. Since performing the first robotic prostatectomy at Henry Ford Hospital in 2001, Dr. Menon and the Vattikuti Urology Institute team continue to have the longest and largest robotic prostate surgery experience in the U.S. and the world: nearly 10 years and more than 6,000 robotic prostate surgeries. Prior to that, in the 1980’s, he headed the University of Massachusetts Medical School’s Division of Urological and Transplantation Surgery. Under Dr. Menon’s leadership, the Department of Urology at the University of Massachusetts became the largest in New England and one of the best in the country, as ranked by the U.S. News and World Report.

Trained under the eminent Urologist Patrick Walsh, M.D, at the Brady Urological Institute, John Hopkins, Dr. Menon became the youngest tenured clinical faculty member and one of the first surgeons in the world to perform nerve-sparing radical prostatectomy.

Dr. Menon has published over 1000 papers and abstracts, primarily in the field of robotic surgery, renal transplantation and urolithiasis. His work has appeared in the major urological journals as well as in the New England journal of Medicine. He is a past member of the National Kidney and Urologic Diseases Advisory Board and a trustee of the American Board of Urology. In addition to running the Vattikuti Urology Institute at Henry Ford Hospital, Dr. Menon oversees the Institute’s yearly International Robotic Urology Symposium and lectures at numerous universities and hospitals throughout the world where he lectures and performs robotic surgery. He is committed to training the next generation of urologists.

Profiled in The Best Doctors of America and the International Who’s Who in Biology and Medicine, Dr. Menon is the recipient of many awards and honors like, the B.C. Roy National Award for Eminence in Medicine [2008], Gold Cystoscope Award from the American Urological Association and Shushruta Award of Distinction in Urology from the Indian American Urological Association, to name a few.

Dr. Menon, an alumnus of the Jawaharlal Institute of Postgraduate Medical Education and Research (JIMPER) Pondichery, India, completed his residency in Urology at the Brady Urological Institute at Johns Hopkins University in Baltimore, USA.